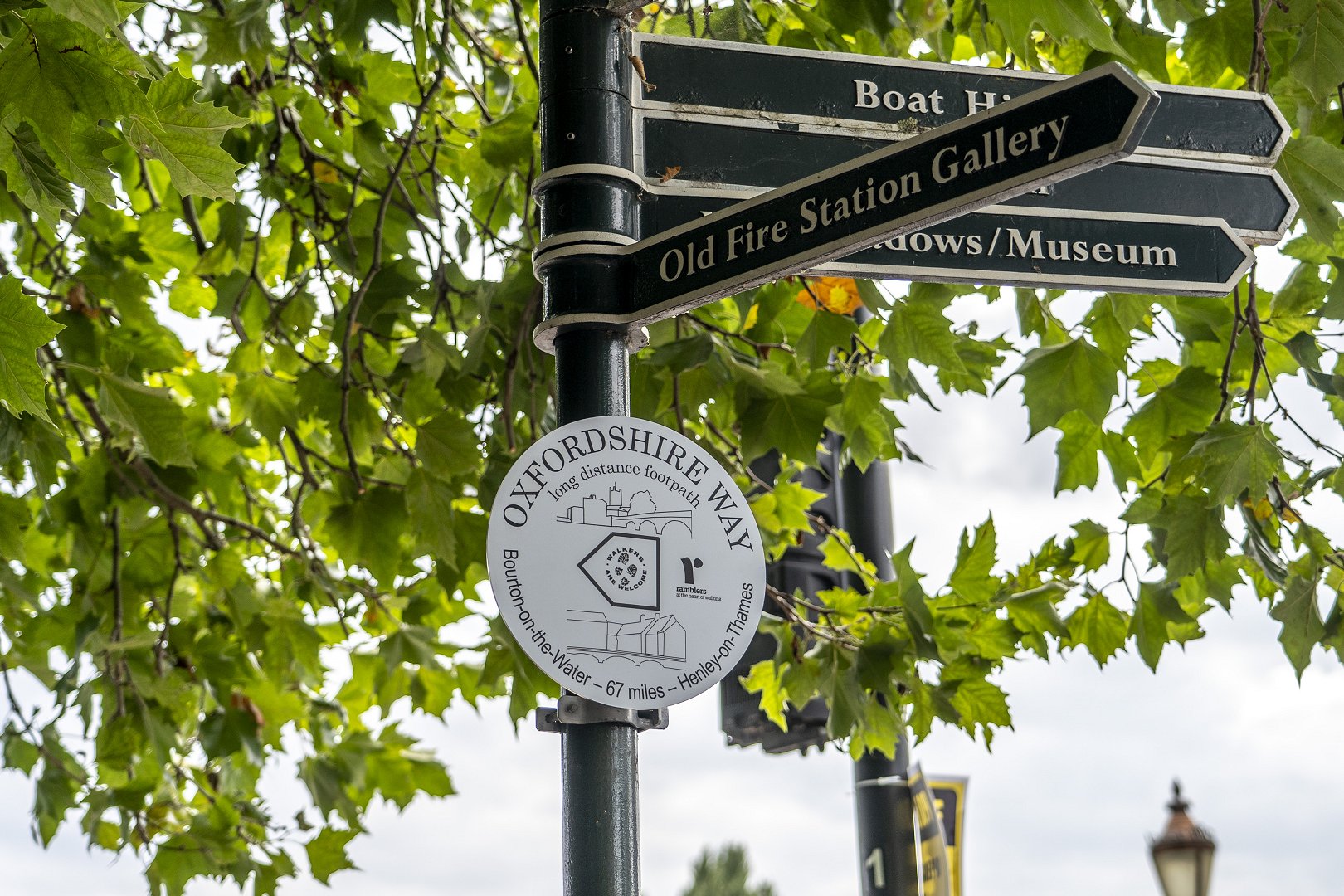 Henley & Goring Ramblers and Walkers are Welcome Henley are proud to announce the installation of Oxfordshire Way Markers at each end of the 67 Mile route.

On Friday 10th September 2021, in a ceremony in Bourton-on-the-Water in the Cotswolds, the first of two markers was unveiled. On Monday 13th September, the second marker was unveiled in Henley-on-Thames by the Mayor of Henley, Cllr Sarah Miller.

The plan to design and install markers at each end of the Oxfordshire Way formed after Kevin Rodd completed the walk and was disappointed to find no marker acknowledging the end of the route for a well earned selfie.